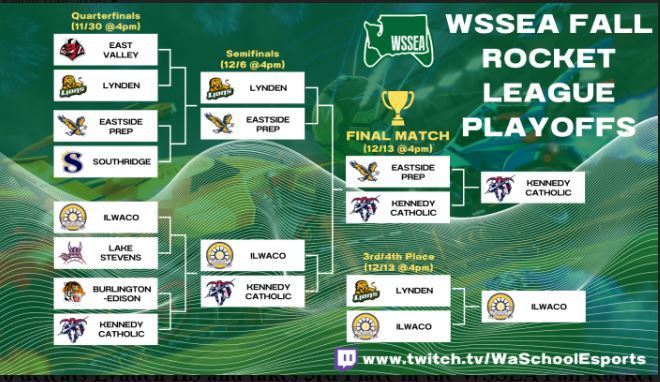 Codey Brown and Judah Frank each scored six goals in the match against Lynden High School. Adam Caswell-Deen, was able to fill in for Alex Espejo Valencia, and helped the team finish the season with a 8-2 record. Ilwaco’s two losses were against Kennedy Catholic High School, who took first place in the tournament.

Codey Brown led the team with 64 goals for the season, followed by Judah Frank with 50 goals and Alex Espejo Valencia with 41 goals. Congratulations to all the players that contributed to the successful season and special thanks to our technical crew that assisted in the recording of this season's games: Adam Caswell-Deen, Jorgon Watters, Matthew Castillo, and  Samuel Marino. Sign up for the spring esports season will begin after winter break. Chess, League of Legends, Rocket League, Super Smash Brothers and more will be available. See Mr. Stern for more details.